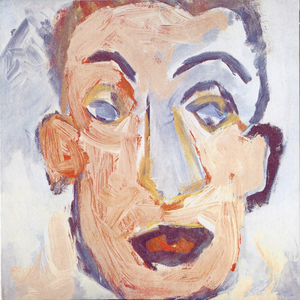 Self Portrait is singer-songwriter Bob Dylan's 10th studio album, released by Columbia Records in June 1970. It was Dylan's second double album, and features mostly cover versions of well-known pop and folk songs. Also included are a handful of instrumentals and original compositions. Most of the album is sung in the affected country crooning voice that Dylan had introduced a year earlier on Nashville Skyline. Seen by some as intentionally surreal and even satirical at times, Self Portrait received extremely poor reviews upon release; Greil Marcus' opening sentence in his Rolling Stone review was: "What is this shit?"[1] Dylan later claimed in interviews that Self Portrait was something of a joke, far below the standards he set in the 1960s, simply to get people off his back and end the "spokesman of a generation" tags; but he has also given other, contradictory accounts of his motives. Despite the negative reception, the album quickly went gold in the US, where it hit #4, and it gave Dylan yet another UK #1 hit before it fell down the charts. For a healthy retrospective look at this work, see "What Makes Bob Dylan's Weirdest Album 'Self Portrait' Great" >By Andy Greene, Rolling Stone magazine, June 8, 2016 http://www.rollingstone.com/music/features/what-makes-bob-dylans-weirdest-album-self-portrait-great-20160608 User-contributed text is available under the Creative Commons By-SA License; additional terms may apply.