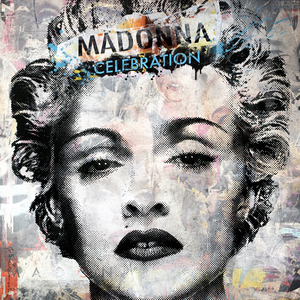 Celebration is the third greatest hits album by Madonna, released on September 18, 2009, by Warner Bros. Records. The album features 34 songs spanning Madonna's career since signing up with the label in 1982. It also includes three new songs: "Celebration" which is included on all versions, "Revolver" which is included on the two-disc editions, and "It's So Cool" which is included as a bonus track on some digital two-disc editions. A fourth song, "Broken", was recorded for the album but not used; eventually it was released in 2012 as a limited edition promotional vinyl single for fanclub members. Celebration received universal acclaim by contemporary critics, who noted the vastness of Madonna's back-catalogue. The album debuted at the top of the charts in Belgium, Canada, Ireland, Italy, Mexico and the United Kingdom. Madonna became tied with Elvis Presley as the solo artist with the most number-one albums in the United Kingdom. In the United States, it debuted at number seven in the Billboard 200; in other nations, it also debuted within the top ten, peaking in the top three in most of them. The title track was released as the first single of the album. It became Madonna's 40th number-one song on Billboard's Hot Dance Club Songs chart. "Revolver" was released as the second single from the album in some territories, but did not achieve significant commercial success. User-contributed text is available under the Creative Commons By-SA License; additional terms may apply.