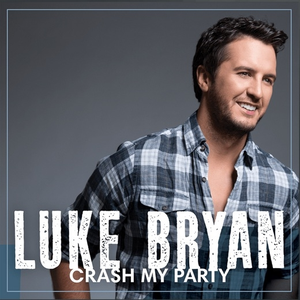 Crash My Party is the fourth studio album by American country music artist Luke Bryan. It was released on August 13, 2013 by Capitol Nashville. Its first single, the title track, reached number one on the Billboard Country Airplay chart. The album was produced by Jeff Stevens. A deluxe edition with four bonus tracks is available exclusively at Target and Walmart. Even though the reception towards the album by music critics was mixed, the album has seen remarkably high commercial success. On its first week, the album sold 528,000 copies and debuted at number one on both the Billboard 200 and Top Country Albums charts. It was certified Platinum by the RIAA on September 30, 2013, and became the third best-selling album of 2013. By July 2014, the album had reached over 2 million in sales in the United States. User-contributed text is available under the Creative Commons By-SA License; additional terms may apply.