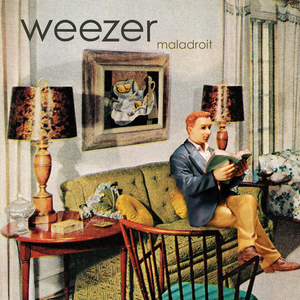 Maladroit is the fourth studio album by the American alternative rock band Weezer, released on May 14, 2002 on Geffen Records. This is the first Weezer album to feature bassist Scott Shriner, who joined the band in 2001 after the breakdown and departure of Mikey Welsh. During the latter half of 2001, Rivers Cuomo began to write many new songs, and their overall style reflected a harder rock. At the time, he was reading lots of Nietzsche. He said in a magazine, "I want to conquer far and wide in the name of Weezer." The album has sold more than 600,000 copies in the United States and went gold. User-contributed text is available under the Creative Commons By-SA License; additional terms may apply.